The Bible uses picture-language or imagery to let a wide variety of concepts come alive in our minds. Evangelism is no exception. Writers of biblical books, especially the New Testament use several images to teach us important principles of evangelism. And he [Jesus] said to them, “Go into all the world and proclaim the gospel to the whole creation.” - Mark 16:15

Jesus commanded his disciples to proclaim the Good News everywhere in the world. What does “proclamation” mean? Jesus picked that word to present a “word picture.” He conveyed the picture of a town crier who, for instance, announces the birth of a royal. His use of this analogy helps us understand that Jesus expected his disciples to present the Gospel publicly as a grand announcement. The Gospel is a message for everyone. It is an urgent message that has to be disseminated openly to whoever is willing to listen. The Gospel is the greatest news any people should hear.

John the Baptist heralded the coming of God’s kingdom. So did Jesus. The apostles proclaimed Jesus as the King of kings (the Messiah/Christ). We hardly hear the proclamation of God’s kingdom these days.

At times, public proclamation made the apostles look foolish. While the apostle Paul spoke about Jesus in a marketplace in Athens, a few philosophers got curious. They asked, “What is this babbler trying to say?” This led to Paul’s famous public speech at Areopagus.

Paul had an explanation for the adverse responses from Jews and Greeks:

“Since God in his wisdom saw to it that the world would never know him through human wisdom, he has used our foolish preaching to save those who believe. It is foolish to the Jews, who ask for signs from heaven. And it is foolish to the Greeks, who seek human wisdom. So when we preach that Christ was crucified, the Jews are offended and the Gentiles say it’s all nonsense.” - 1 Cor 1:21-23 NLT

The apparently “foolish” message and the unusual mode of its propagation do not place the Gospel at a disadvantage. In fact, it is part of God’s calculated move to catch the arrogant in their own craftiness. ‘For it is written, “I will destroy the wisdom of the wise; the intelligence of the intelligent I will frustrate.”’ (1 Cor 1:19) “And you also will bear witness, because you have been with me from the beginning.” - Jesus to His disciples. John 15:27

A witness is someone who testifies in court about what he has seen and/or heard. The testimony of a witness is treated as evidence in courts of law. In a world that demands evidence concerning Jesus, the testimonies of Jesus’ disciples are reliable and credible. The authors of the four Gospels were either eyewitnesses or they had access to eyewitness testimonies.

Jesus warned His disciples that they would have to literally bear witness in courts of law for His sake.

Today, whenever we have an opportunity to speak up for Jesus, we must bear witness to His divinity and saving grace. In simple terms, we must talk about what Jesus did for us. We must not confuse “being a Christian” with “being a witness.” To “be” a Christian, one has to live out the Christian life. But to be a witness, one has to bear witness. A silent witness is of no use in any court of law unless it is an exhibit. But Christians aren’t exhibits.

A bold confession might invite persecution. But it will yield heavenly rewards. (Matt 10:32-33). Jesus was bold enough to make “the good confession” while testifying before Pontius Pilate (1 Tim 6:13). He spoke the truth to Pilate about Himself, His heavenly kingdom, about God, and His authority over the Roman Governor. Peter, on the other hand, denied Jesus when he was confronted with allegations of being an associate of the Nazarene.

There are numerous examples of people who spoke up for the living God and for His Son Jesus. The Samaritan woman testified about Jesus to the people in her town. A man who was born blind boldly testified to a Jewish council that Jesus, the righteous prophet, had restored his sight.

Bearing witness to Jesus the Messiah is so central to the book of Acts. It has, among others, at least four narratives of Paul’s testimony about his encounter with Jesus on the road to Damascus.

Just because the English word martyr came from the Greek word for “witness,” it would be inaccurate to say that Jesus wanted all his disciples to be martyrs. According to scholar D. A. Carson, the Greek word for “witness” did not mean “martyr” during the first century when the books of the New Testament were being written. (Carson, Exegetical Fallacies. Baker Academic, 1996) A witness, however, had a sacred duty to stand by his or her testimony even if that would invite death (Cf Rev 12:11). 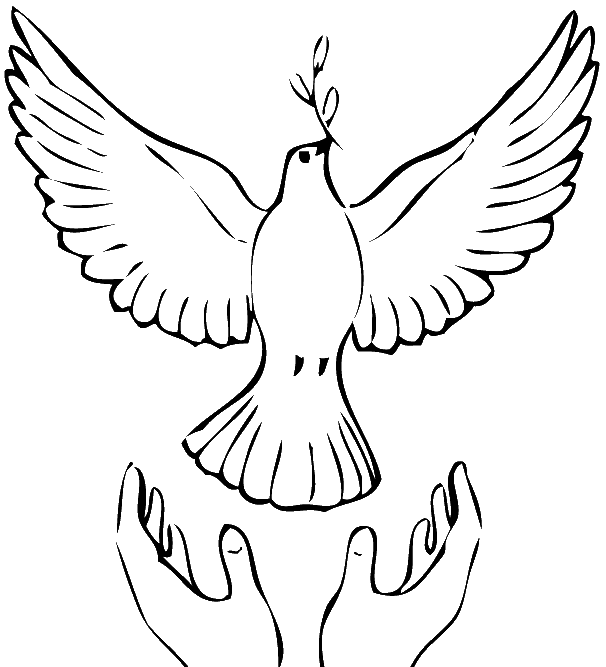 “We persuade others … God was reconciling the world to himself in Christ. … And he has committed to us the message of reconciliation. We are therefore Christ’s ambassadors, as though God were making his appeal through us. We implore you on Christ’s behalf: Be reconciled to God.” - 2 Cor 5:11-20

The goal of diplomacy is to settle differences through peaceful dialogue. Rulers of a country send peace envoys in order to avoid coercive measures. Successive diplomacy results in peace and reconciliation.

God has appointed each Christian to be Christ’s peace envoy to persuade sinners to get reconciled to God. We represent Christ (the King). Therefore, we are His ambassadors. We must represent Him well.

The need for reconciliation implies that the people we are sent to are living in enmity with God. Our task is to plead with them, in all humility, to get right with God through Jesus Christ. Our peaceful initiatives may get rejected. When people reject us, they reject Christ and His royal embassy.

One of the motivating factors that should help Christians discharge their diplomatic duties faithfully is the ‘fear of God.’ St Paul says,

“We must all appear before the judgment seat of Christ, so that each of us may receive what is due us for the things done while in the body, whether good or bad. Since, then, we know what it is to fear the Lord, we try to persuade others.” (2 Cor 5:10 NIV)

We know that those who live in sin will one day be judged by the Son of God. But it’s not just sinners who will stand before Christ’s judgment seat. “We must all appear” before that judgment seat. As sinners, we were enemies of God. But God reconciled us to Himself and entrusted with us the ministry of reconciliation. How can we ignore or neglect such a high commission? On the day of reckoning, each of us will receive “what is due us for the things done while in the body, whether good or bad.”

The second most important motivation to implore sinners on behalf of God is the love of Christ.

For Christ’s love compels us, because we are convinced that one died for all, and therefore all died. And he died for all, that those who live should no longer live for themselves but for him who died for them and was raised again. (2 Cor 5:14 NIV)

How can ignore the mandate Christ has handed over to us and pursue selfish ambitions? We must live for Christ, fulfilling His diplomatic mission to helping sinners find their way back to their Maker. Jesus said to them, “Follow me, and I will turn you into fishers of people!” Matt 4:19

The imagery used here is that of fishing using a net that is cast into a sea from the shore. This kind of fishing is strenuous. A fisherman casts a large circular net, with weights at the edges, into the sea. He then draws the net carefully to check whether any fish was caught. The process is repeated. After several such attempts, he might catch a few fish. He has no control over what kind of fish gets caught in his net.

We must be careful while interpreting biblical imagery. The comparison between evangelism and fishing is limited. We shouldn’t stretch the imagery. Similarly, we must be able to catch the narrator’s point of view. If not, we may end up superimposing our views on the imagery to get a distorted view. Some do it unknowingly; others might purposely twist biblical imagery to suit their purposes.

When Jesus said to Peter, “Follow me, and I will turn you into fishers of people!” He used it in a positive sense. Jesus assigned Peter to a higher calling—to proclaim God’s Good News and to gather those who believed his message towards God. It would be a vile mistake to portray “fishing” in this statement as a negative activity that “traps” people. No one can help it if there are folks who misconstrue the intent behind this statement. It is better for humans to be “caught” in God’s net than be lost in the depths of sin and ignorance.

This imagery of fishing teaches us the following lessons: Farmers in ancient times broadcast seeds by hand unlike today when seeds are sown using machines. Jesus narrated the parable of the Sower after he had noticed how his message was rejected by several people. He deliberately cloaked key teachings in parables so that his hardhearted audience would not understand it! (Cf. Matthew 13:10-17).

The parable illustrates the reality of rejection. Majority of people who hear the Gospel never become followers of Jesus Christ. Most might just listen to a sermon and forget about it on their way out. Several others will receive the Gospel with joy. Only a minority will hold on to the Message, come what may, and follow Jesus Christ all their life.

Do those who listen to your Gospel message understand it? That’s the key factor that determines whether a person will retain the Gospel and respond to it positively. Those who allow the devil (yes, Jesus referred to the devil!) to steal the Message from their hearts fail to understand the message! (Matthew 13:19) Those who receive the message and bear lasting fruits are those who understand the gospel message (Matthew 13:23) and patiently retain it in their noble hearts. (Luke 8:15) Every sinner on earth is destined to perish in the fire of God’s wrath. This is why Jude wanted his readers to visualize sinners as people who are already in a fire. The act of sharing the good news of Jesus Christ with them and leading them to salvation is like rescuing them from hellfire.